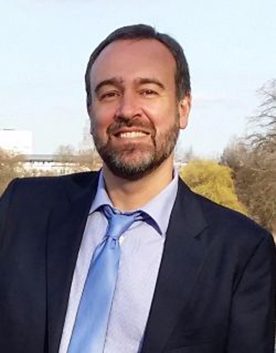 Universidad Autónoma de Madrid (UAM) was founded in 1968 and has two campuses, Cantoblanco and the Medical School, in northern Madrid. UAM is a public institution internationally renowned for the quality of its teaching and research. It has been nominated Campus of International Excellence (CIE) within the framework of UAM+CSIC CIE project. In the 2015 QS University

Ranking, it is ranked 9th best unviersity in the world among those established for less tan 50 years. The Law School has been ranked Best of the Country 4 times in the past 5 years by the University Ranking of the national paper El Mundo, the most known ranking in the country. UAM is one of Spain’s leading universities in research, with a large number of high-quality multi- and inter-disciplinary projects in a variety of areas, including Law, Humanities and Social Sciences, Economics, Psychology, Physics, Chemistry, Biology and Medicine, Biodiversity and Environment, Computer Engineering and Telecommunications, among others. More than 300 registered research groups work in these areas, most of them among the best in Spain in their fields, and highly competitive on the international stage. Research at UAM has been greatly boosted by its long and ongoing collaboration with Spain’s Scientific Research Council (CSIC). At present, UAM+CSIC campus hosts a large number of UAM and CSIC scientists conducting first-rate research in three main areas: Nanoscience and Materials, Biotechnology and Biomedicine, Theoretical Physics and Mathematics.

The Cantoblanco campus houses 12 research institutes, with more than 3,000 scientists, ranked among the best in Spain, three of which are accredited as Severo Ochoa Centres of Excellence. The Madrid Science Park is also located in this campus and acts as a business incubator in support of entrepreneurs and scientific research services. The Medical School has four affiliated hospitals. Students, researchers and academic staff work together with research groups and clinical groups at these hospitals and their four accredited health research institutes.

UAM offers 53 official degree qualifications in the areas of humanities, social and legal sciences, experimental sciences, technology, engineering and medicine. The variety of disciplines taught at the campus is one of its main strengths, making it possible to offer inter-faculty double degrees.

The broad range of 114 official post-graduate degrees (masters degrees and PhDs) is oriented towards helping students acquire skills valued by employers and becoming professionals in their fields, as well as towards basic and applied research. UAM’s post-graduate programmes enjoy international prestige.
In addition UAM offers 54 diplomas and lifelong education and training courses, of which 33 are masters, complete the range.