Vice-President of the Academic Board 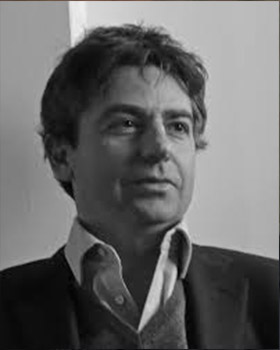 The Alma Mater Studiorum, the oldest university in the Western world, paves the way for innovation through an increasingly rich programme catalogue, cutting-edge research and a constant and increasingly broad international perspective. Since its origins in 1088, Alma Mater has been student-centred hosting prominent figures from science and the arts. Based in five campuses (Bologna, Cesena, Forlì, Ravenna, Rimini), with a branch in Buenos Aires, it offers a teaching catalogue diversified and tailored to the needs of present-day society: over 200 degree programmes among its 33 Departments and 11 Schools are offered to over 81,000 students. 5,000 graduates are enrolled in PhDs and 3rd cycle programmes. As a comprehensive research university Alma Mater invests in the multidisciplinary cross-cultural approach and in the inseparable connection between research and teaching. One of the most active universities leading and participating in European research and academic cooperation projects, Bologna has formed knowledge alliances with industry and public/private organizations. It is a hub of international networks. Beyond its close European links, it enjoys multiple connections with America, Africa, Asia and Australia.

Department of Sociology and Economic Law (SDEI) of the University of Bologna, with offices in via San Giacomo 3, 40126 Bologna (+39 051 2099973; www.sde.unibo.it). The research team of SDEI on European capital markets and banking law is chaired by Professor Lamandini and is also composed by Professor David Ramos Munoz, Professor Alessandro Pomelli, Professor Alberto De Prà, Ph.D student Francesca Pellegrini. The SDEI research team delivered in April 2015 in partnership with ECMI-CEPS (Brussels), an official study commissioned by the European Commission  on “Exemptions for third-country central banks and other entities under the Market Abuse Regulation (MAR) and the Markets in Financial Instruments Regulation (MIFIR).