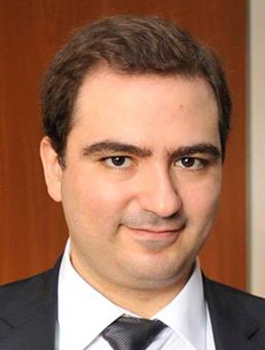 The University of Cyprus was established in 1989 and admitted its first students in 1992. It was founded in response to the growing intellectual needs of the Cypriot people, and is well placed to fulfil the numerous aspirations of the country. The University is a vigorous community of scholars engaged in the generation and diffusion of knowledge. Despite its brief history, the University of Cyprus has earned the respect of the international academic community and the appreciation of Cypriot society.

When the University of Cyprus first opened its doors to students, the incoming class consisted of 486 undergraduate students. During the academic year 2014-2015 there were 6987 students (undergraduate and postgraduate). There are 8 faculties, 22 departments and 11 research units at UCY.

University of Cyprus aims to establish itself as a Pioneer Research Institution achieving International Scientific Recognition in European Higher Education, offering Competitive Programmes and to become a Centre of Excellence in the wider Euro – Mediterranean Region. The main objectives of the University are twofold: the promotion of scholarship and education through teaching and research, and the enhancement of the cultural, social and economic development of Cyprus. In this context, the University believes that education must provide more than simply accumulation of knowledge. It must also encourage students’ active participation in the process of learning and acquisition of those values necessary for responsible involvement in the community. The University sets high standards for all branches of scholarship. Research is promoted and funded in all departments for its contribution to scholarship in general and for its local and international applications.